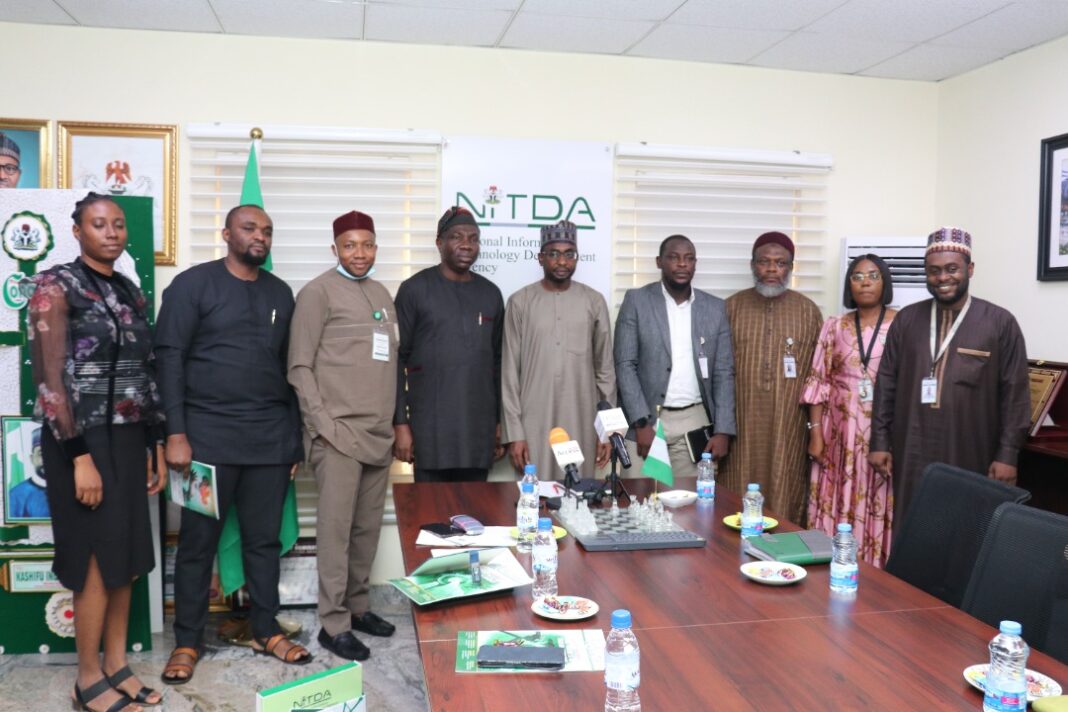 The Nigeria Digital Identification for Development (ID4D) project and the National Information Technology Development Agency (NITDA) have reiterated the need for stakeholders to collaborate in Nigeria’s digital identity efforts.

A statement signed by Nigeria Digital ID4D’s Communications Manager, Dr. Walter Duru said the two organisations made their position known following a courtesy call on the Director General of NITDA by a delegation of the project.

Speaking during the visit, Project Coordinator, Nigeria Digital Identification for Development project, Mr. Musa Odole Solomon described NITDA as an important partner in the project and worth seeking its collaboration.

“The project is designed, following an ecosystem model. It therefore involves different agencies of the government, the private sector and civil society. The project had since identified the National Information Technology Development Agency as an important ecosystem implementing partner, hence this visit.”

“Since it became effective in December 2021, the Nigeria ID4D had sought to address the pervasive fragmentation of the Nigerian identification ecosystem, inadequate infrastructure of the National Identity Management Commission that poses a risk to the continuous enrolment of people, notably women, youth and persons living with disabilities.”

“The project is working towards enhancing the National Identification Management System (NIMS), driven by NIMC, that would enable the provision of NIN from birth. Similarly, we are mandated, as part of the robust system to also seek the digitization of the civil registration system that registers births and deaths under the National Population Commission.”

“As an important ecosystem partner, we see the need to engage with you to achieve our goals, as well as foster some level of handshake between your work and the national enrolment database, managed by NIMC, for the benefits of the country.”

In his response, Director General of NITDA, Kashifu Inuwa commended the ID4D project for its efforts at reaching out to stakeholders, even as he assured the delegation of his commitment to partnership.

Describing identity as critical to a digital economy, Inuwa argued that digital identity was necessary for the Agency to effectively implement her mandate.

“The Nigeria ID4D project is helping us to achieve our mandate. Part of our mandate is collaboration because we cannot succeed in isolation. In Information Technology, we promote the culture of ecosystem. We need each other to survive.”

Speaking on legislative reforms, the NITDA helmsman described digital space regulation as a global challenge, adding that “arriving at the right legislation was thus important.”

Inuwa commended the National Identity Management Commission, even as he urged the Commission to consider integration as it plans the upgrade of its infrastructure.

“The National Identity Number (NIN) is foundational and needs to integrate with all digital services. We need to have that in mind as we upgrade infrastructure, that is, building to integrate.We are willing to collaborate. We need identity to execute our mandate because identity is key to the digital economy. Our mandates are interwoven.”

The Nigeria Digital Identification for Development (ID4D) project is a project of the Federal Government of Nigeria, jointly funded by World Bank, European Investment Bank and French Development Agency.