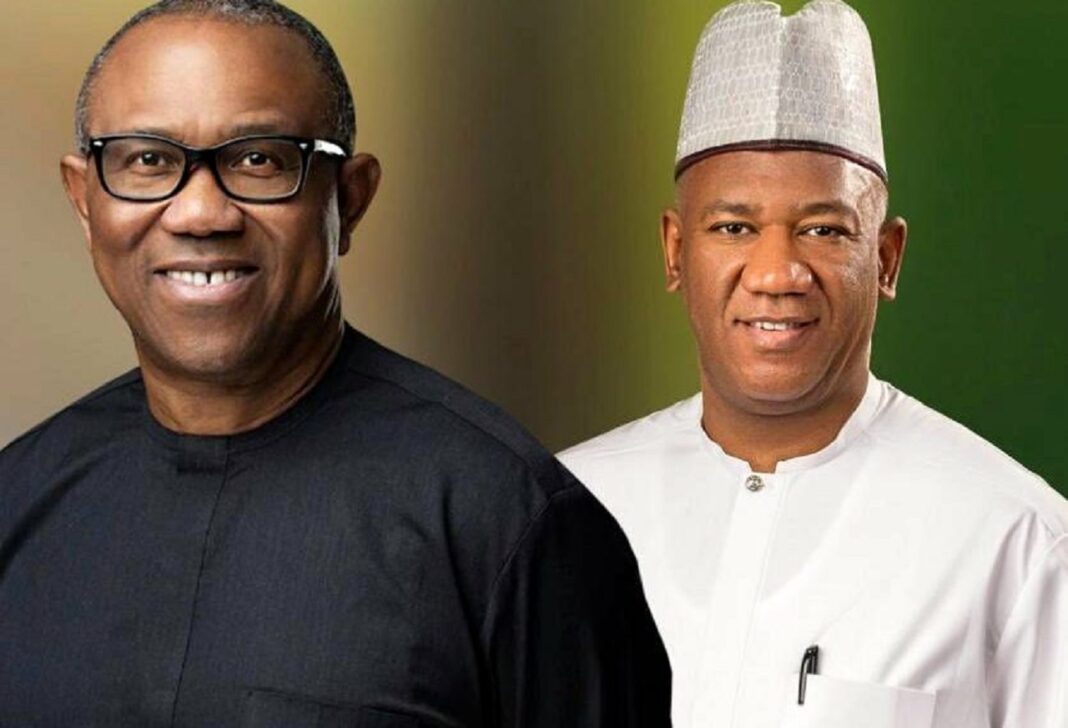 The Labour Party (LP) has announced the composition of its 2023 presidential campaign council.

The list, comprising 1,234 names, was presented at an event on Wednesday in Abuja.

Although the event was tagged “Pre-Campaign World Press Conference,” it was largely attended by the supporters of the presidential candidates.

Both Peter Obi and his running mate, Yusuf Baba-Ahmed, were not in attendance.

Speaking on the composition of the team, the Secretary of the LP, Umar Farouk, said the list has members of the party from the six geopolitical zones as well as People Living With Disabilities.

A retired Assistant Inspector General of Police (AIG), Mohammed Zarewa, was named as chairman while Doyin Okupe, a former media aide to Presidents Olusegun Obasanjo and Goodluck Jonathan, was officially unveiled as the director general of the team.

Clement Ojukwu and Yunusa Tanko were also announced as Secretary and chief spokesperson of the campaign council respectively.

He criticised the 2023 budget presented by President Muhammadu Buhari to the National Assembly last week.

Although Mr Buhari said the 2023 budget of N20.5 trillion would address some of the challenges facing the country, Mr Okupe argued that it may bring more hardship on people in the coming years if the ruling All Progressives Congress (APC) remains in power.

“President Buhari has just presented the 2022/23 budget to the National assembly and in that document, it can be seen that of the 20.5 trillion naira, totally budgeted, actual revenue available to fund the budget is 9.73 trillion naira, leaving a deficit of almost 11 trillion naira, with fuel subsidy alone, gulping 3.6 trillion naira, in the first six months of next year.

“In effect, this means that the present economic situation, as it affects the common people, is not likely to abate and I say this not in exaggeration or to heighten fears, but in vivid and responsible assessment of the stark reality,” he said.

Mr Okupe also described the process that produced Atiku Abubakar as 2023 presidential candidate of the PDP as “unjust and dishonourable process.”

On the APC, he described Bola Tinubu’s candidacy as fundamentally flawed, especially for opting for same faith ticket.

Mr Okupe criticised the ruling party for forging ahead with same faith presidential ticket despite the kicks from different quarters.

“The PDP candidate is a product of an unjust and dishonourable process, that clearly violates the equitable rights of the entire southern Nigeria, and the desire for balance in presidential power already enshrined in the constitution and history of that party, which was shamelessly subverted by subterfuge, and indeed anything built on injustice, ungodliness and evil conspiracy, can never stand.

“As for the APC, the presidential candidacy is fundamentally flawed, through the adoption of a skewed and insensitive muslim-muslim ticket despite all objections across religious lines in a highly religiously sensitive country like Nigeria at a time where all reason calls for maturity, fairness, equity, justice and balance, for the good of the country,” Mr Okupe said.

Against the backdrop of the arguments that Mr Obi does not have a political structure and may not go beyond social media support base, the DG challenged the two leading parties and their supporters to brace up for a political tsunami that will sweep them off the political scene in the coming elections.

Using the renewed interest of the youth and figures recorded by INEC from its just concluded Continuous Voter Registration (CVR) as a yardstick, Mr Okupe claimed Mr Obi has a “minimum of 15 million votes already.”

He also claimed that more than 50 per cent of people supporting the LP candidate have PVCs and should not be underrated.

“Over 50% of these people (on social media platforms) are ‘Obidients’ and with starting (campaign), we have a home run of minimum of 15 million votes,” he said, amid applause from party faithful.