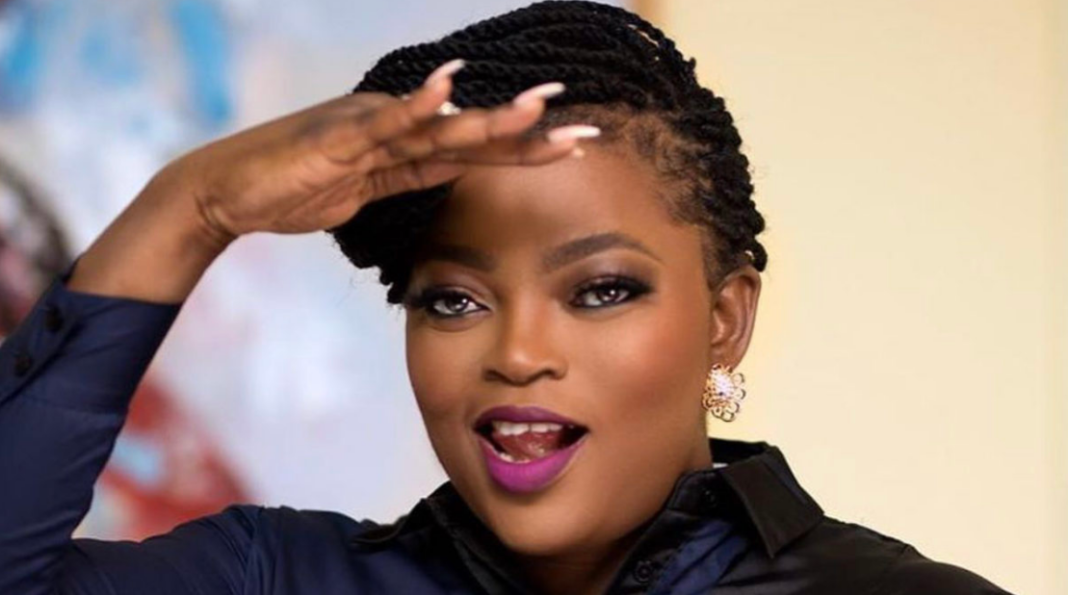 The deputy governorship candidate for Lagos State’s Peoples Democratic Party, Funke Akindele, has been called an insult by Bola Tinubu, the presidential candidate of the All Progressives Congress.

He made this statement to supporters on Wednesday during the party caucus meeting at the Lagos APC secretariat on Acme Road in Ogba.

In front of the presidential candidate, Tinubu’s fans had compared the actress/producer to a “ant” in a song.

Who is Funke Akindele, exactly? They sung in Yoruba, “(she is) an ant in the presence of the father of Lagos (Tinubu).

Don’t even act as if you know that name, Tinubu stated while speaking to the crowd in Yoruba (Funke Akindele).

“It is a severe insult and abuse. How tall is the bird that is bending down to enter a house in the first place?

However, according to a statement released on Wednesday by Gboyega Akosile, the state’s chief press secretary for Governor Sanwo-Olu, operations in the region came to a standstill as Tinubu was welcomed by Lagos APC officials, members of the Governor’s Advisory Council, and many party supporters.

Pastor Cornelius Ojelabi, the chairman of the Lagos APC, presided over the meeting, and Sanwo-Olu led every member of the State Executive Council there.

When he returned to his political base to face the Lagos APC family, Tinubu told the crowd, he did so stronger than when he had first arrived. Those in charge of running the party’s business after he weaned himself off the supervisory role, he claimed, had not caused him to second-guess his choice to pursue his presidential ambition.

Sanwo-Olu and other party officials received a vote of confidence from Tinubu for fostering the APC’s political apparatus in the state, emphasizing that the party was still unstoppable in Lagos.

The party members were left with Sanwo-Olu, Hamzat, members of the Governor’s Advisory Council, and other party leaders as he left Lagos for Abuja. They were the ones that freed me so I could travel to Abuja to compete. I left with a lot of questions and uncertainty about what would happen to the party. I spoke with the governor and his deputy on a regular basis.

“I would occasionally phone the party chairman and inquire as to whether we were acting ethically in Lagos. I had more bravery and confidence to continue with my involvement in Abuja because to the reports they consistently offered me. I appreciate the efforts of all of our leaders in sustaining the party. reasonably controlled the home base

In Lagos, I gave you the keys to an unbeaten platform. The way the party issues have been handled demonstrates that these individuals have fairly controlled the home base.

Tinubu recalled that his path to securing the party’s presidential nomination in Abuja was fraught with doubts, but he said that the encouragement received from the leadership of the Lagos APC gave him the confidence to continue and win the primary.

The party’s National Leader declared himself in the presidential contest with the intention of winning, but he added that his fate rested with the party’s members, who he said had a difficult task ahead of them in securing votes for the party.