MATTERS ARISING: Does INEC have the power to disqualify Tinubu? 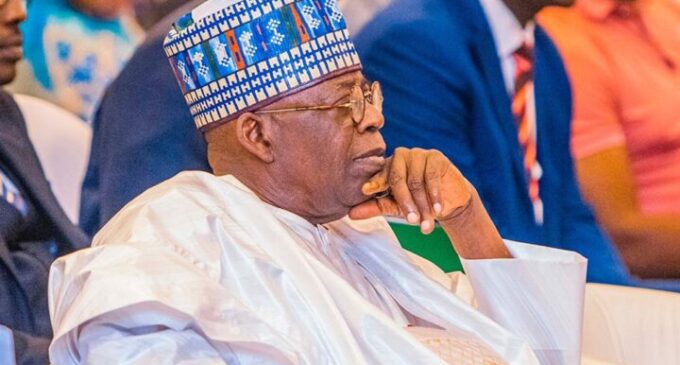 Amid the build-up to the 2023 presidential election, there has been a rehash of allegations involving several candidates, with the most recent on Bola Tinubu of the All Progressives Congress (APC).

Over the past days, court papers about a forfeiture case in the US linked to someone named “Bola Tinubu” surfaced online.

According to the documents on a case dating back to 1993, it is alleged that funds traced to the Tinubu in question are linked to proceeds of narcotics trafficking.

The documents also show that the court ruled that the sum of $460,000 in one of the accounts be forfeited to the US government.

Reacting to the documents, Festus Keyamo, spokesman of APC presidential campaign council, said the case didn’t prove that Tinubu was linked to illicit drugs, adding that the funds forfeited to the US were tax deductions.

“After all the rigamarole trying to find out whether the accounts where the money came from are linked to drugs, they came to the conclusion that the deposits he made — what these bankers called investments — they said he had not paid tax on these interests. That is all,” Keyamo said.

Amid the back-and-forth over the court case, a document with the letterhead of the Independent National Electoral Commission (INEC) surfaced online, with the claim that the commission is investigating the said US case.

However, the electoral body described the document as “fake”, adding that it was not doing anything of such.

Although Tinubu is yet to react directly to the court documents, there have been questions over if INEC has the power to disqualify Tinubu considering the issues raised on the 1993 case and the said indictment on links to illicit drugs.

Section 84(3) of the electoral act provides that: “A political party shall not impose nomination qualification or disqualification criteria, measures, or conditions on any aspirant or candidate for any election in its constitution, guidelines, or rules for nomination of candidates for elections, except as prescribed under sections 65, 66, 106, 107, 131, 137, 177 and 187 of the constitution.”

On the disqualification of a presidential candidate, section 137(1) of the constitution provides that:

“(a) subject to the provisions of section 28 of this Constitution, he has voluntarily acquired the citizenship of a country other than Nigeria or, except in such cases as may be prescribed by the National Assembly, he has made a declaration of allegiance to such other country; or

“(b) he has been elected to such office at any two previous elections; or

“(c) under the law in any part of Nigeria, he is adjudged to be a lunatic or otherwise declared to be of unsound mind; or

“(e) within a period of less than ten years before the date of the election to the office of President he has been convicted and sentenced for an offence involving dishonesty or he has been found guilty of the contravention of the Code of Conduct; or

“(f) he is an undischarged bankrupt, having been adjudged or otherwise declared bankrupt under any law in force in Nigeria or any other country; or

“(g) being a person employed in the civil or public service of the Federation or of any State, he has not resigned, withdrawn or retired from the employment at least thirty days before the date of the election; or

“(h) he is a member of any secret society; or

“(j) he has presented a forged certificate to the Independent National Electoral Commission.”

In 2007, Tinubu had a case before the Code of Conduct Tribunal (CCT) which he was not convicted for. If he was convicted, the law bars him from public office for 10 years. But it has been 15 years since that case was instituted against him.

THE ACTION CONGRESS VS INEC EXAMPLE

In a ruling delivered in 2007, in a case involving INEC and the then Action Congress, the supreme court had said only a court has the power to disqualify a candidate from contesting elections.

The verdict was delivered by Folashade Ogunbiyi-Giwa after the Social Democratic Party (SDP) sued INEC for excluding the party’s candidate from contesting the 2019 Kogi governorship election.

‘US 1993 CASE NOT WITHIN GROUNDS FOR DISQUALIFICATION’

Speaking with TheCable, Pelumi Olajengbesi, a lawyer, said the case involving Tinubu is not grounds for him to be disqualified as a candidate.

“The issue of disqualification by INEC is essentially a constitutional matter and the present situation as it relates to the US 1993 case does not fall within the purview of grounds to disqualify a person vying for the office of president or any elective office in Nigeria as provided by the constitution,” he said.

“In line with the wordings of the constitution, a person can only be disqualified on the basis of conviction, if same was made not more than 10 years before the election, as is certainly not the case here.

“Secondly, the said conviction must be in relation to crime of dishonesty and fraud. Well, this is another issue entirely. The US court findings have only become a moral question and burden on Bola Ahmed Tinubu and it is only that which can determine his innocence at the polls.

“Also, as addendum, on the authority of Action Congress v. INEC (2007) 12 NWLR (Pt. 1048) 222, only a competent court of law can disqualify a candidate. This is the position of the supreme court. Therefore, INEC cannot.”

‘ONLY COURT CAN DISQUALIFY TINUBU’

Timilehin Ajibade, also a lawyer, said only a court can determine if Tinubu can be disqualified, adding that since the APC candidate wasn’t sentenced, he hasnt flouted the constitutional requirements.

“The proceeds that were held in trust for him via Citibank and First Herirage Bank were forfeited to the US government. He was never imprisoned or given an option of fine. The latter are ingredients of section 137(1)(d) of the constitution which stipulates the requirement for disqualification for the office of the president,” Ajibade said.

“If he forfeited the funds to the US government, he has served the sentence completely, and cannot be said to be under any sentence again. If he wasn’t sentenced to imprisonment and the option was forfeiture, then the simple act cannot be interpreted as a fine.

“Can INEC disqualify Tinubu? The entire provision of the Electoral Act 2022 doesn’t grant any such power to the body to undertake such function or action. Hence illegal. Only a court of law, via an election petition can do that.”