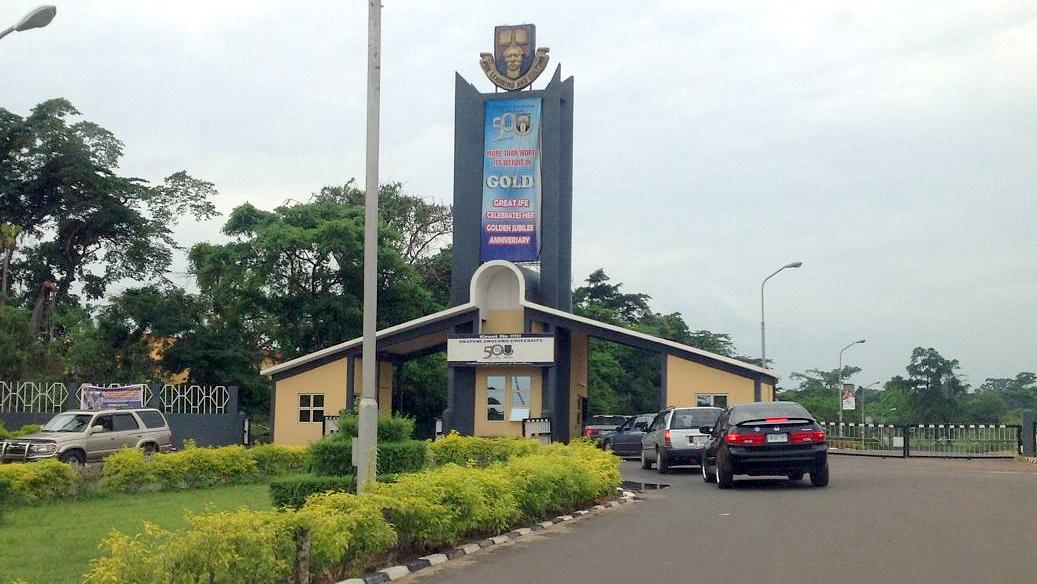 Lecturers at the Obafemi Awolowo University (OAU), Ile-Ife on Wednesday held a peaceful protest against what they described as “insult on intellectuals” by the Nigerian government.

Lecturers in many public universities in Nigeria have been protesting over the payment of their October salary on a pro-rata basis. The lecturers under their umbrella of the Academic Union of Nigerian Universities (ASUU) had been on a strike for eight months until they called it off in the middle of last month.

The ASUU members on Wednesday marched around the OAU premises after their monthly congress, calling on the federal government to prioritise education.

They held placards with various inscriptions such as “Lecturers are not slaves”, “Invest in Education”, “A nation that values education is a nation that develops” among others.

The local chairman of the union, Tony Odiwe, who spoke on behalf of his colleagues, expressed disappointment in the government for paying half salaries to lecturers after suspending the eight months-long strike.

“We are not troublemakers, we are a union of intellectuals. The latest insult to our union is payment of prorated salaries to our members. For us, it is a distraction, our issues have nothing to do with half salary payment or no work, no pay, we have pre-issues why we went on strike,” he said.

“We were on strike for eight months and those issues are still there. The government has not addressed them, even those that were addressed, were not attended to absolutely,” the union leader added.

Mr Odiwe advised the government to take the issue of education seriously instead of frustrating the lecturers.

He urged the federal government to pay their remaining salaries.

“The government must do the needful. We are not casual workers, they should not turn us into one. We must be paid fully. What we expected from the government after we called off the strike is that the government should show that good face to us by starting with a full one-month salary to show that they are sincere and ready for us to dialogue,” he said.

“When we are employed our condition of service is not solely on teaching, we have three components including research and community service. We only withdrew one of the services which is teaching.”