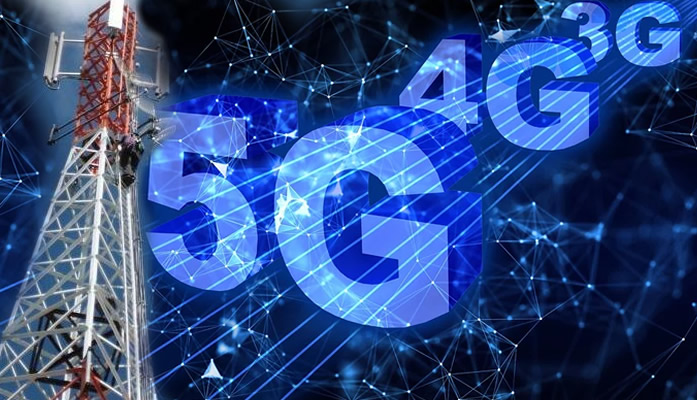 The launch of 5G and other new technologies in the country has increased the amount telecommunication companies and other technology firms owe banks to N1.24tn.

This was revealed in the Central Bank of Nigeria’s sectoral analysis of Deposit Money Banks’ Credit for September 2022.

Since the Nigerian Communications Commission auctioned its 5G license in December 2021, Airtel and MTN Nigeria invested N468.96bn in expanding their broadband infrastructure in the first nine months of the year.

The two telecom giants spent this amount in expanding their 4G and 5G reach.

Speaking on the company’s borrowings, MTN Nigeria Chief Executive Officer, Karl Toriola, said, “Depreciation and amortisation rose by 9.4 per cent, resulting from increased site rollout, while net finance costs increased by 42.8 per cent on higher borrowings as we raised N127bn through commercial paper issuance in April 2022.”

According to experts, the continued rollout of broadband services in the nation is estimated to help grow the nation’s economy and increase financial inclusion.

The Executive Vice Chairman of the Nigerian Communications Commission, Prof Umar Danbatta, recently disclosed that the telecoms industry has contributed over $70bn to the country’s economy while providing over 500,000 jobs.

Industry experts believe Nigeria’s telecom industry will borrow more as it attempts to fix an infrastructure gap and rural access.

The NCC recently blamed the inadequate ICT infrastructure, cost of deployment, and lack of electricity for the slow adoption of telecom services in rural areas.

The World Bank also stated in one of its Nigerian reports that the nation needs about 120,000 to 167,000kms of fibre infrastructure at a cost of $3.4bn to improve connectivity.

Commenting on the rise in bank loans, the Chief Operating Officer, Association of Telecommunications Companies of Nigeria, Ajibola Olude, said, “The reason to borrow will continue because there are new technologies to acquire.

“For instance, the NCC is currently pursuing rural telephony. And to take service to the rural areas, you need a lot of money to be able to do that. There is also a huge telecom infrastructure deficit, and to fill the gap, there is a need for telcos to take long-term loans to fill it.