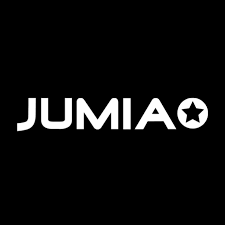 African e-commerce Group, Jumia has laid out 5 strategic steps the business will be taking as it moves to return to profitability.

Jumia carries an accumulated loss of $1.5 billion as of the third quarter of this year. The losses have racked up over the years as the company continues to spend on advertising, fulfillment, and technology expenses.

The losses continued in the third quarter of 2022 after the African e-commerce giant reported an Ebtida margin of $45.5 million with a guidance of $220 million for the year 2022.

Pressure for profits: As inflation forces global central banks to raise rates, pressure has mounted on tech companies to start turning in profits, especially after years of zero interest rates that valued loss-making companies not on profits but on volume growth.

From discontinuing its free delivery programme, Jumia Prime, to creating a leaner organisation and stopping the increase in commission, the company has commenced actions aimed at returning to profitability.

It identified, 5 steps are targeted at cutting costs across the spectrum of its operations and focusing on more profitable segments of its business.

Enhanced business focus: The first step, according to the company, is to enhance its business focus by doing less in better ways. Through this, Jumia says it would allocate its resources to projects that bring proven value to consumers, sellers, and broader ecosystem participants and cease projects that do not meet such criteria.

Cost discipline: The third step, Jumia says, is to enforce stronger cost discipline by taking more deliberate actions to cut costs and drive efficiencies across the full cost structure. In enforcing this, the company will be scaling back on product categories with inefficient delivery economics (grocery in selected geographies) and renegotiating delivery rates with relevant third-party logistics partners.

Monetization: On the fourth step, Jumia will be building a balanced, diversified monetization model as it moves away from monetization shortcuts that can have a detrimental impact on the platform growth e.g. excessive commission rate increases or fee escalation for sellers’ services.

Focus on JumiaPay: While cutting other areas of its business deemed unprofitable, Jumia says it would now focus more on its fintech business, JumiaPay.

Will this work? Surely these are the right steps that could have been taken years ago but better late than never.