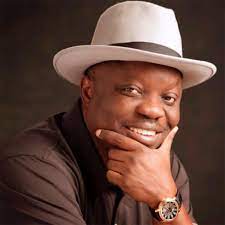 Addressing a mammoth crowd of party faithful at Owhelogbo, Isoko North Local Government Area of the state on Thursday, Uduaghan said that for the first time in history, a Deltan would be Vice-President of the country if the people voted for PDP’s ticket.

He called on the people to vote for all other candidates of the party from Sheriff Oborevwori for Governor, Michael Diden for Senate to represent Delta South, Jonathan Ukodhiko for House of Representatives, to represent Isoko Constituency and Bernard Odior for Isoko North seat in the House of Assembly.

“This is the first time we are having a vice presidential candidate from our state; so, I urge you all to vote Atiku-Okowa ticket so that our dear Governor, Senator Dr Ifeanyi Okowa, will become the first vice-president of the Federal Republic of Nigeria from Delta State.

“Let’s vote for all our PDP candidates because they are proven men and women of integrity and they have the capacity to resolve all our nation’s challenges.

“My administration did a lot for Owhelogbo and other Isoko communities and l know the present Okowa administration is also doing a lot here. So, if you vote PDP again you will get more,” the former governor assured.

On his part, State Chairman of the party, Chief Kingsley Esiso, said that the people had every reason to vote out the APC-led Federal Government because of the growing poverty, insecurity and economic downturn of the country.

Esiso said the people were tired of rising hunger and starvation and urged them to come out enmasse on election days to vote for all candidates of the party.