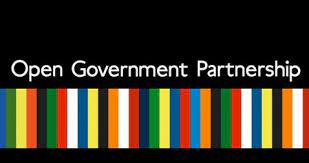 Nigeria has won the first position at the Open Government Partnership (OGP) Global Awards announced in Seoul, South Korea, at the opening ceremony of the Summit of OGP member countries.

Nigeria beat other countries in Africa and the Middle East that are implementing the OGP.

Nigeria emerged tops for the honour following a pain-staking independent review of reforms embarked upon by implementing countries. The review tracked and assessed milestones achieved by the Nigerian government in setting up a Beneficial Ownership registry to end anonymous companies in the country.

[Other agencies that worked with NEITI were the NNPC, the defunct Department of Petroleum Resources (DPR), the Corporate Affairs Commission (CAC), Mining Cadastre Office (MCO) and  Nigerian Civil Society representatives.

In picking Nigeria for the global honour, The Summit considered the Buhari Administration’s overall commitment to reforms in the oil, gas and mining sectors and the governments support to NEITI to establish a beneficial ownership register of Companies in business in Nigeria’s extractive sector. Also considered are the broader reforms in beneficial ownership disclosure by the Corporate Affairs Commission (CAC) through the amendment of the Companies And Allied Matters Act and the recent Petroleum Industry Act, which made specific provisions for Beneficial Ownership transparency.

The OGP Summit in Seoul also recognized Nigeria’s commitment to integrate Beneficial Ownership Information and use it as a tool to fight insecurity, illicit financial flows, tax evasion and money laundering.

In his congratulatory message to Nigeria, Executive Secretary of NEITI, Dr Orji Ogbonnaya Orji, expressed delight that the international community is beginning to assess Nigeria efforts at fighting corruption and deepening its democracy.

Dr Orji described the Award as impressive and most encouraging, considering the political will and enormous resources the government has deployed to reposition the extractive industry to benefit all Nigerians. He also complimented other sister agencies that worked with NEITI, the OGP National Steering Committee and the civil society for the collective success.

The NEITI Executive Secretary remarked that “This Award is quite timely. We received the news here in Sharm El Sheik, Egypt venue of the ongoing Conference of the United Nations Convention Against Corruption, with excitement. Nigeria is leading four other countries to introduce a Resolution that will recognize and use Beneficial Ownership information and data as an empirical tool in the recovery of stolen assets from developing countries. The OGP Award has strengthened our position as we prepare to submit Nigeria led draft resolution to the UN Conference of State Parties here in Egypt. I am here with the Attorney General of the Federation and Minister of Justice, Chairmen of the EFCC and ICPC, Registrar General of CAC and our Ambassador here in Egypt”.

Dr Orji further recalled that “Nigeria’s journey to beneficial ownership disclosure followed a trajectory. In December 2019, NEITI created a Beneficial Ownership Register for extractive industries companies and became the first in Africa to have such a register. In 2020 the Companies and Allied Matters Act was amended and mandated the CAC to establish and collect information on the real owners of all companies in a business in Nigeria. In 2021, Nigeria enacted the Petroleum Industry Act (PIA) and made copious provisions for beneficial ownership disclosures. Nigeria is also among nine the global EITI implementing countries of the Opening Extractives initiative.”

He maintained that when Beneficial Ownership is fully mainstreamed into Nigeria’s governance culture, there will be public trust, citizen’s confidence, and increased revenue growth.

The Minister of Finance, Budget and National Planning, Dr Mrs Zainab Ahmed, has also congratulated Nigeria for bagging the first position award. She noted that establishing a beneficial ownership register has helped Nigeria “Track, reduce and arrest corrupt practices that are undertaken either by companies or beneficial owners of companies.”

Dr. Mrs. Ahmed pointed out that once people realize that the information will be public, it is a significant deterrent to state capture.

Civil Society Activist Auwal Musa Rafsanjani commended the OGP for considering Nigeria for the awards. He stated that the OGP has brought about the synergy between state and non-state actors, accelerating Nigeria’s development.

Besides Nigeria, other recipients were Tunisia and Ghana, which bagged the second and third places for the Right to Information and Open Data Initiative.

The OGP is celebrating its 10th anniversary, showcasing how government and civil society partnerships have brought ambitious reforms and more robust results. Over the past decade, 78 countries have engendered more than 4,500 reforms between governments and civil society. Two thousand of these were reviewed independently, out of which over 20 per cent were adjudged to have made governments significantly more open. Among the reforms that the OGP considered is Nigeria’s Beneficial Ownership Transparency programme, which came tops.