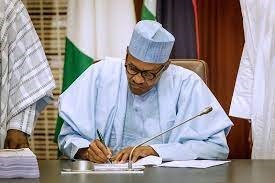 Koko was the Executive Director, Finance and Administration of the Authority.

Kolo’s appointment was contained in a circular by the Federal Ministry of Transport which was made available to newsmen on Tuesday.

Bello-Koko became Acting Managing Director of NPA when the former MD, Hadiza Bala Usman, was ordered to handover highest Director in the Organisation.

“The President and Commander in Chief of the Armed Forces, Federal Republic of Nigeria Muhammadu Buhari, GCFR, has approved the appointment of Mr. Mohammed Bello-Koko as the substantive Managing Director, Nigerian Ports Authority.” The statement read.