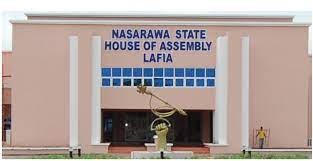 Gov. Abdullahi Sule had on Monday, Feb. 14, sent a letter to the state assembly nominating Musa and seeking the House approval of her as Permanent Member two at the State Assembly Service Commission.

The Speaker, Ibrahim Abdullahi, announced the confirmation after Musa appeared for screening during plenary in Lafia.

The speaker urged the nominee to live above board while discharging her duties if finally sworn in by the governor.

He directed the clerk to the assembly to communicate the House resolution to Gov Abdullahi Sule.

Earlier, Mr Tanko Tunga (APC- Awe North), the Majority Leader of the House, moved a motion for the confirmation of the nominee and was seconded by the Minority Leader, Mr Abel Bala (PDP- Nassarawa Eggon West).

Responding, Musa appreciated Gov. Sule for appointing her to serve as Permanent Member two of the State House of Assembly Service Commission.

Musa, a former Supervisory Councilor of Health in Karu Local Government Area, also appreciated the speaker and members of the House for confirming her nomination as member of the commission.

She pledged to discharge her duties without fear or favour in the interest of the state.

The News Agency of Nigeria (NAN) reports that the House had on Monday, received the nomination of Musa from Gov. Sule for confirmation as a member of the commission. (NAN)