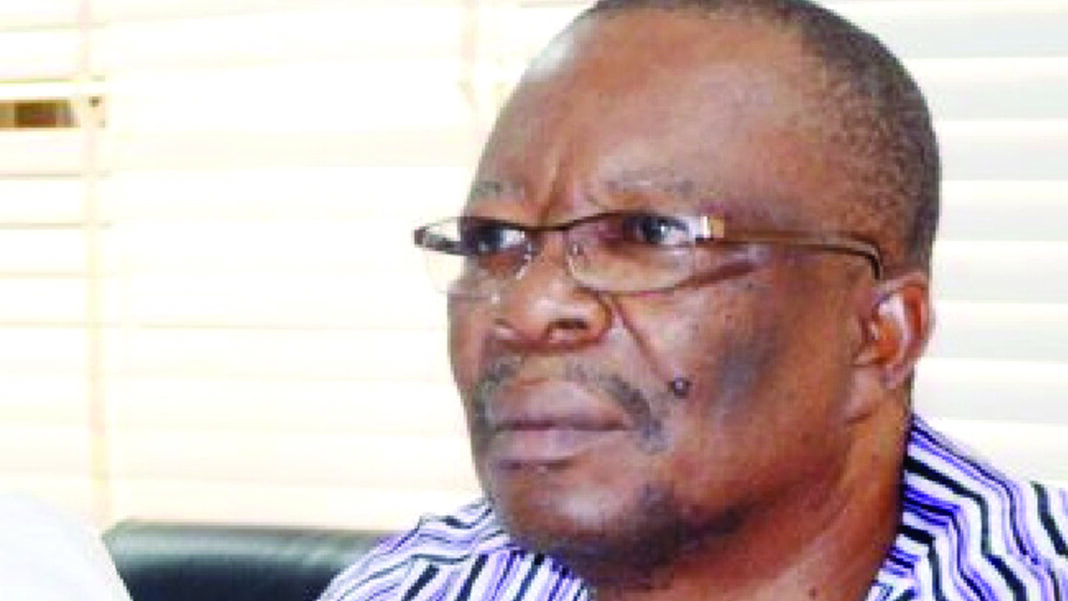 The National Association of Nigerian Students (NANS) and stakeholders, including parents, have rejected the decision by Academic Staff Union of Universities (ASUU) to embark on a four-week strike to compel the Federal Government to accede to its demands.

The students threatened to mobilise against the university teachers to ensure that the strike is suspended and lecturers return to work.

Following a marathon meeting that lasted through the weekend at the University of Lagos, (UNILAG), ASUU declared a four-week warning strike effective Monday, February 14, 2022, to protest government’s failure to implement its agreement with the union.

NANS President, Asefon Sunday, lamented that Nigerian students are always at the receiving end in the face-off between the government and ASUU.

Asefon said the impact of ASUU’s last nine-month strike, suspended in December 2020, is still being felt across universities.

“When two elephants fight, the grass suffers. Nigerian students have always been at the receiving end. We have been the ones suffering,” he said.

Asefon faulted government’s failure to resolve issues with ASUU for more than a decade, which has led to strikes and disruption in academic calendar.

While accusing government of insincerity, the students’ leader also accused ASUU of being inconsiderate and insensitive to students plight.

It lamented that ASUU does not carry along NANS in all its activities, even when they are at the receiving end of ASUU’s constant face-off with government.

The NANS president added that ASUU has offended Nigerian students for not being able to agree with the government during the last nine-month prolonged strike, and wondered if the same issues could be addressed in one month.

He said: “We understand that everything they are asking for is for the benefit of Nigerian students but you cannot be fighting for me, as a Nigerian student, and not carrying me along. Students are also stakeholders in the education sector.

“How many times has ASUU called NANS to let us in on what is happening? When Prof Emmanuel Osodeke came on board, I tried to reach out to him, but he told me to relate with the ASUU chairman in my school. Am I the president of SUG in my school?

“For nine months, ASUU could not achieve anything and they think it is possible to achieve those things in a month?

ASUU accused the Federal Government of poor commitment to the memorandum of understanding and actions, which were earlier signed by representatives of the two parties.

Prof Osodeke had lamented that 13 years after agreement was signed, its provisions were only partially implemented, while the conditions of service of academic staff, funding and autonomy continue to be eroded on campuses.

“After years of pressure and insistence, the FG reluctantly agreed to commence re-negotiation of agreement, due since 2012, in 2017, the process was concluded in May, 2021. However, to our shock and dismay, the FGN is yet to indicate its readiness to sign the draft agreement, which is urgently needed to address the deteriorating conditions in our universities.”

Subsequently, Osodeke said: “Considering that government has failed to fully implement the Memorandum of Action (MoA) it signed with ASUU on December 23, 2020, given that the draft report of the Renegotiated 2009 FGN/ASUU agreement has been submitted for finalisation for more than nine months; and noting that the forceful payment of ASUU members’ salaries and emoluments with the Integrated Payroll and Personnel Information System (IPPIS) and non-adoption of the University Transparency and Accountability Solution (UTAS) have continued to shortchange our members, NEC resolved to embark on a four-week roll-over total and comprehensive strike action beginning from Monday, February 14, 2022.”

The first recorded national strike by university workers was in 1988 to agitate for fair wages and university autonomy. By going on strike that year, the government of the day proscribed ASUU on August 7 of that year.

All those years were moments that the military dictatorships of Gen. Ibrahim Babangida and Gen. Sani Abacha reigned supreme.

It would appear that with the advent of democracy in 1999, strike actions by university workers would end.
Barely three years into the democratic administration of former President Olusegun Obasanjo, university’s employees were unsparing in its agitations for rights of its members going on strike in 2007 for 93 days.

The following year, it called for a two-week “warning strike” demanding for improved salary scheme and reinstatement of 49 lecturers that were kicked out of the University of Ilorin.

A year later, the workers went on another strike that lasted three months over disagreements they had reached with the Federal Government, which the latter was accused of not keeping.

By October 2009, a Memorandum of Understanding (MoU) was signed by both parties and the strike was called off. There was respite for about four years.

See also  ASUU accuses Ngige of authorizing half salary, says he has lost the right to mediate

By July 1, 2013, the ivory tower workers embarked on yet another industrial action that was only stopped in December 16 of that year.

In 2016 and 2017, the narratives were the same as regards strike actions. Observers of the tertiary education sector are, however, wondering how incessant strike actions by the union have not brought about lasting solutions to the issues it often raises.

Experts in the sector have also noted that despite the fact that past ministers of education – and the incumbent Minister of Education, Adamu Adamu – were at one time or the other, university workers, they have not been able to resolve the face-off between the two parties.

A scholar and researcher, Olawale Albert, noted that there are three critical stakeholders in the issue of strikes in Nigerian universities. The first is a government that stopped funding the universities properly since the late 1970s and entered into agreements with the university workers that it is not ready to implement.

The second are university workers, especially the academic staff that will not mind shutting down Nigerian universities for months on a regular basis, pressing for demands that the government is usually reluctant to meet.

The third are the Nigerian public that usually responds to strikes with panic not wanting their children to stay longer than necessary in school.

Various experts have observed that the issue of workers going on strike has become entrenched in Nigeria. It is not limited to university workers and these strikes have far-reaching impacts on the country and its development.

For a lasting cure to a perennial malaise, analysts in the sector admitted that the government “must invest more in mapping and tracking the dysfunction” of the universities, with a view to addressing the “structural and contingent causes of destructive strikes.”